I calibrated Dirac Live for a customers ultra discrete Home Cinema system consisting of an Arcam AVR 550 rack mounted 20 metres away in the customers garage with the whole system managed through Control 4 using their Triad speakers and subwoofers installed in the walls and ceiling pelmet. 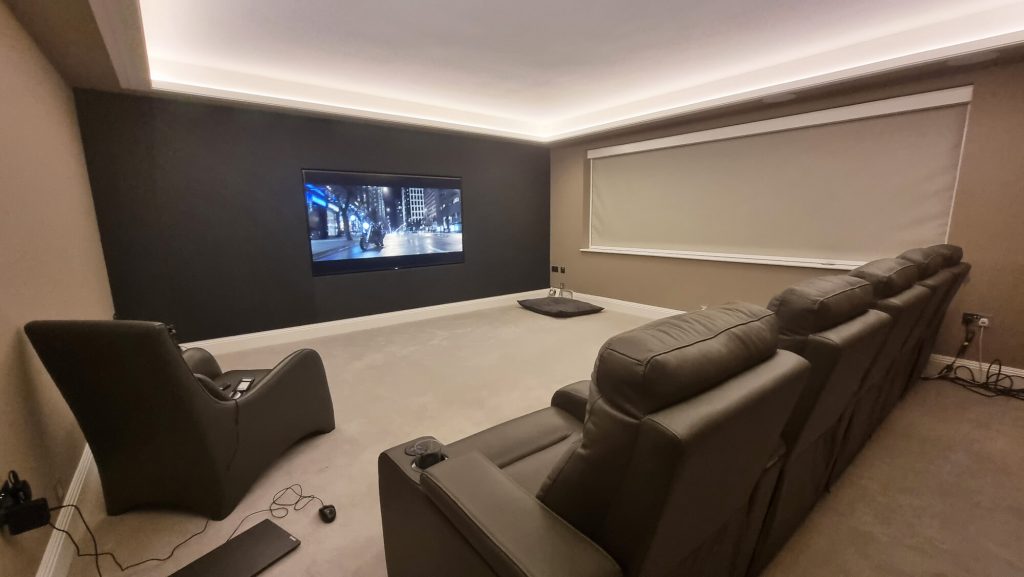 This did prove to be a tricky calibration and required two visits, not because the system was difficult to calibrate for sound quality but because of some network issues we were having on the first day.  Its very important Dirac has a solid network connection to the Arcam because it has to control it and sometimes network firewalls can cause issues.  We worked through the problem, I have never had a system setup beat me yet.

The customer was keen for me to try and make the systems sound as surround as possible, due to the room design and layout his surround speakers were not placed ideally being ceiling speakers installed in the ceiling pelmet, so very off axis to him the listener.  He was struggling to get any type of surround sound effect.

This was partly due to the Arcam needing a firmware update to solve an issue which I found and did, also the Arcam wasnt in the optimum sound modes so I set all that best for the customer.

Lastly I set the system sound with Dirac and the other controls to be front sound stage focused because that is very important but I was able to greatly improve the overall systems sound integration and then the steering and surround effects within movies.  This required me to take a different approach to normal and use different sound settings, but at the end of the day that is what they are there for and its all about the end result not what tools to use to create it.

The calibration ended up being spread across several days due to the customer very busy life and commitments.  We started the calibration taking measurements and checking over all the major system setup fundamentals.  After looking at the measurements I suggested the customer move their chair a bit for better bass and I set the subwoofers phase again using the Dirac measurements.

Following taking the measurements I set a calibration curve that I thought the customer would like based on how the system was measuring in the room and from what I knew he liked, however on this session we didn’t have time to go through all the necessary steps to full dial the system in.

Our second session was a week later so the customer had a lot of time to listen and then feedback to me what he liked and wanted to improve about the systems sound.  My calibration was spot on but the system just needed a little rebalance to fit the customer needs.  He is now taking some more testing time to see if anything else needs tweaking but he seemed very happy to me.