A customer base in London whom I have calibrated his system several times before made some major upgrades to his system.  He upgraded from an Arcam AVR850 to an Arcam AV40 processor with an ATI Power amplifier for his main speaker channels.  He also added several subwoofers to allow for the system to be setup using the REL 3D method.  He had made some other upgrades too. 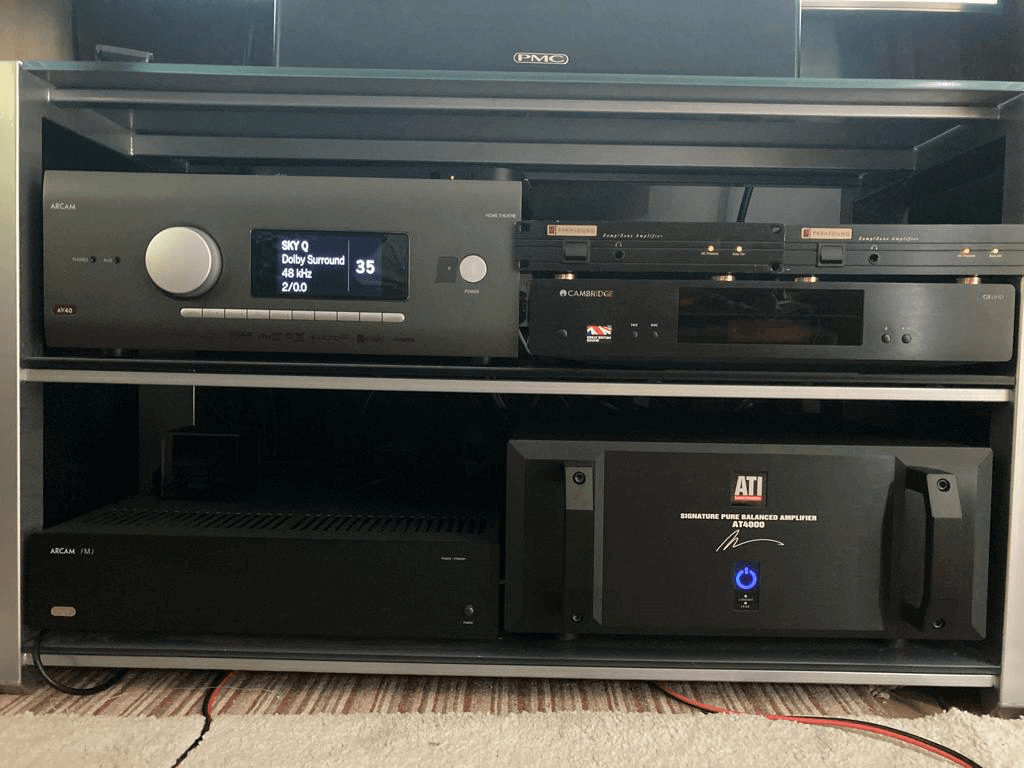 I know the customer well by now, he uses his system for music and movies, but also watches a lot of sport on TV and likes the systems sound to be setup a specific way.   I calibrated the system to take that into account and also maximised the benefits of the many subwoofers in the system creating an excellent sounding end result.

This is the third time I’ve asked Terry to assist me with the calibration of my system. Every time I upgrade I want the maximum from my system. So paying Terrys fees is a no brainer when we spend thousands on our system then most of us struggle to get it right. I won’t tell you how great the system sounds you will hear that for yourself when he calibrates your system. Terry spent over 6 hours straight working on getting it exactly how I wanted it to sound. After an hour I thought great he’s nailed quickly this time, it sounded awesome, he then balanced up all the speakers and blew me away. The sound was so immersive I could hear the actors breathing. In action scenes ,every time a blow is thrown I feel the pain of the victim. So much punch(excuse the pun) and dynamics, you’ll be amazed how good your system will sound. I didn’t give Terry my verdict on his work before he left because I was so excited about his working on the system I wasn’t relaxed. I like to assess things a couple of days after, relaxed. The calibration was done so well I don’t have to use my atmos speakers for the to be sound immersive, the system is balanced. Thank you.