I calibrated Dirac Live within an Arcam AVR30 for a customer with a stunning  Home Cinema system that featured KEF Reference speakers mixed with other KEF and Monitor Audio speakers for surround and atmos with a REL subwoofer, LG OLED TV, Pioneer UHD Blu Ray player and other toys. 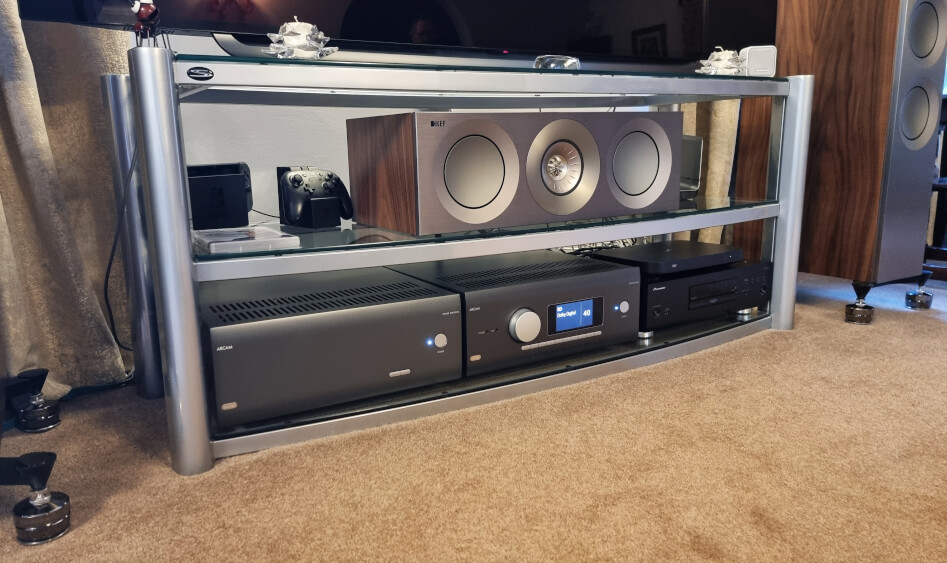 The customer uses the system mainly for home cinema but you cant own KEF Reference 5 speakers and them not sing for stereo it would be a crime, so I spent the first few hours of the calibration setting the system up for two channel listening.  I also think if two channel sounds really good you are likely to listen to more music and I set the system up to sound great for stereo.  The KEF are great speakers and sounded great without a calibration but the bass was heavy and the overall sound was therefore heavy and didnt have the right focus and clarity to it.  It was very pleasing but could be better and after the calibration the system had a nice amount of bass, but tight bass and a much tighter overall sound.

I set the system so the customer could use the subwoofer as well if they wanted a bit more bass fun mood and content depending. 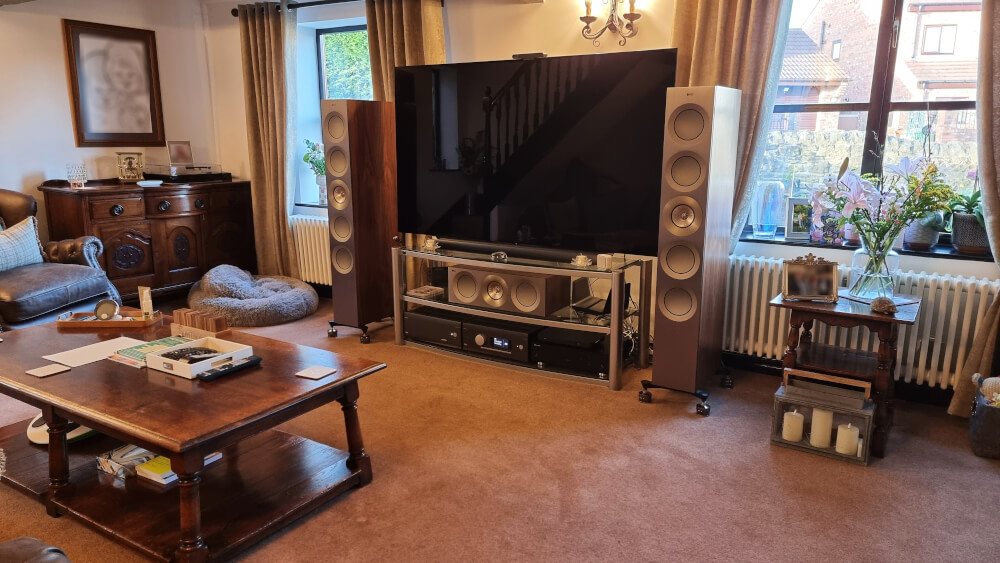 I then used what I learned about the system for stereo and put that into the home cinema performance taking my time and fine tuning the sound of the system for movies by changing the settings within the Arcam to really dial in the system, leaving it sounding truly outstanding for movies.

I would without a doubt recommend Terry for anyone needing a Dirac Calibration. From first contact to the onsite day Terry was attentive and thorough.

Terry first did a full software up-date to my AVR and then onto the Dirac Calibration.

Once Dirac was done terry then continued to adjust and tweak all the setting until he and I were happy with the sound.

This took a long time (hours) as Terry would not stop adjusting the settings until he was 100% happy with the final sound.

I have had a Dirac Calibration done before on the same system – but now Terry has done one it just blows the other one out of the water.