Dirac Live Calibration for Customer on the Isle of Man

I calibrated Dirac Live within an Arcam AV 40 AV processor feeding into multple amplifiers mostly from Tag McLaren but also one from Marantz powering 7 Bowers and Wilkins 800 speakers and in ceiling Atmos speakers with an original MK subwoofer and a REL HT1205  subwoofer at the rear, Sony 4K Laser projector with a Lumagen video processor and more toys, movie memorabilia and mechanical opening curtains that covered the projector screen.  A very nice setup. 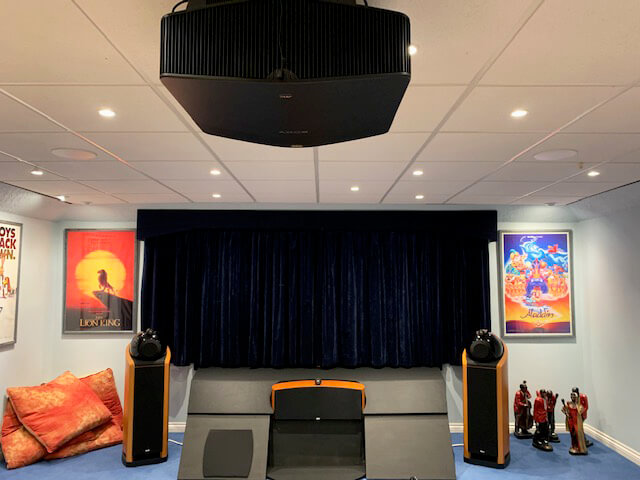 The customer contacted me for the calibration because he had upgraded to the Arcam AV40 from a Tag McLaren processor which although legacy in terms of feature set he really loved the sound.  The customer was not happy with the AV40, he couldn’t get a sound he was happy with and was feeling like he had made a wrong move.

I started the calibration by updating the firmware and checking over everything, I could see this system had real potential.  The customer prefers to listen to music using the multi channel stereo mode, however I spent my early calibration time focusing on the systems sound for 2 channel plus the 2 subwoofers.  I could see in the measurements this calibration and this systems sound would hinge on getting the subwoofers integrated perfectly. I find two channel is great for this as its really hard to nail perfect subwoofer integration but I can often nail it or at least 99%.

Once I had stereo sounding right I demonstrated some to the customer and he was amazed at what I had achieved and the improvement I had made, but I wasnt nearly finished.  I started working on the systems sound for movies and through extensive listening I was able to improve the sound of the system for movies and achieve and exceptionally high overall home theatre sound.

I then put this into settings for the customers system sound for multi channel stereo and the end result for both movies and music surprised even me. I am really quire jealous of the performance of this system, the projector and Lumagen was looking amazing, but the sound was now at least its equal or maybe even bettering it which is really something.

I was happy to take the customers system which features quite a lot of very good but legacy components like original Bowers 800 speakers, Tag Mclaren amplifiers  he has owned and listened to for many years and use modern technology like Dirac and give the customer an experience he has never had before and show him just how good all this kit is. I am very proud of what I did here. 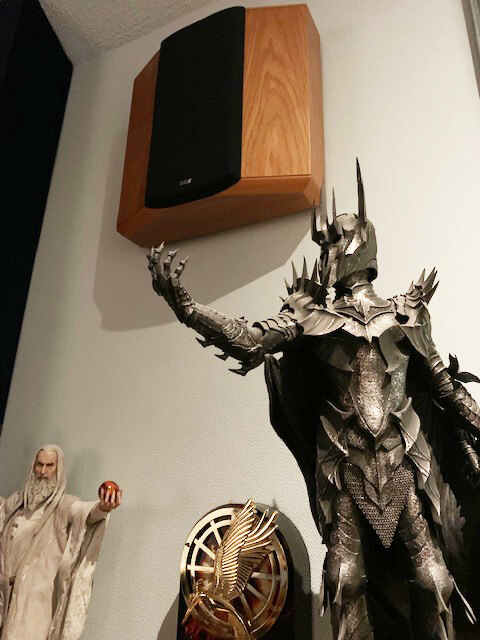 Familiar only with the legacy system I’d just spent quite a lot on upgrading, I was struggling to find any sound presentation to match my expectations and preferences by manipulating my new Dirac based kit – all I learned was it’s a powerful tool, completely wasted in my hands.
After speaking with Terry and working on the logistics of his visit, I’ve just spent the best part of two days (dictated by travel practicalities) witnessing him utterly transform my home theatre and music system into not only by far the best I’ve personally owned, but the best I’ve ever heard, period.  Unlocking the potential in my system for astounding bass reproduction both with movies and music, seamlessly and, to me, perfectly blended with a fantastic, neutral and spatial presentation on the rest of the audio spectrum, was something I thought could be achieved with an Atmos setup, but which had totally eluded my efforts.  Bar none, this has been the single most rewarding upgrade I’ve made in the 20+ years I’ve had a dedicated home theatre room.
For sound reproduction, I thought I’d taken a rather expensive and unsatisfying wrong turn and thanks to Terry’s calibration, everything has received a massive new lease of life.  I had been contemplating an expensive speaker upgrade and now have something far better at a fraction of the price; if that isn’t value for money, I don’t know what is!
As I write this, I realise this review is full of superlatives.  All I can say is every one of them and more is completely justified.  On top of that I also enjoyed a great time talking many things ‘home theatre’, music and the like, as Terry explained the process he was using (and listening to my dumb questions and clumsy explanations of my preferences) that have resulted in bringing the sound in my room to life in a way that was unimaginable and in the process refreshing my enthusiasm for using my setup for what it’s there for – just enjoying music and movies.  As if that wasn’t enough, he’s a top bloke with whom you’ll want to share a story or two.
All told, I simply can’t speak highly enough of Terry’s work, his ethic and ultimately his expertise to get the best results possible and if, like me, you have a Dirac based system that you feel isn’t quite ticking the boxes, I wouldn’t hesitate for a second in recommending him as someone you need to contact and who can squeeze every last bit of performance from it – in my case, it was a bucket load and my satisfaction rating is off the scale!
We use cookies on our website to give you the most relevant experience by remembering your preferences and repeat visits. By clicking “Accept”, you consent to the use of these cookies.
Cookie settingsACCEPT
Manage consent