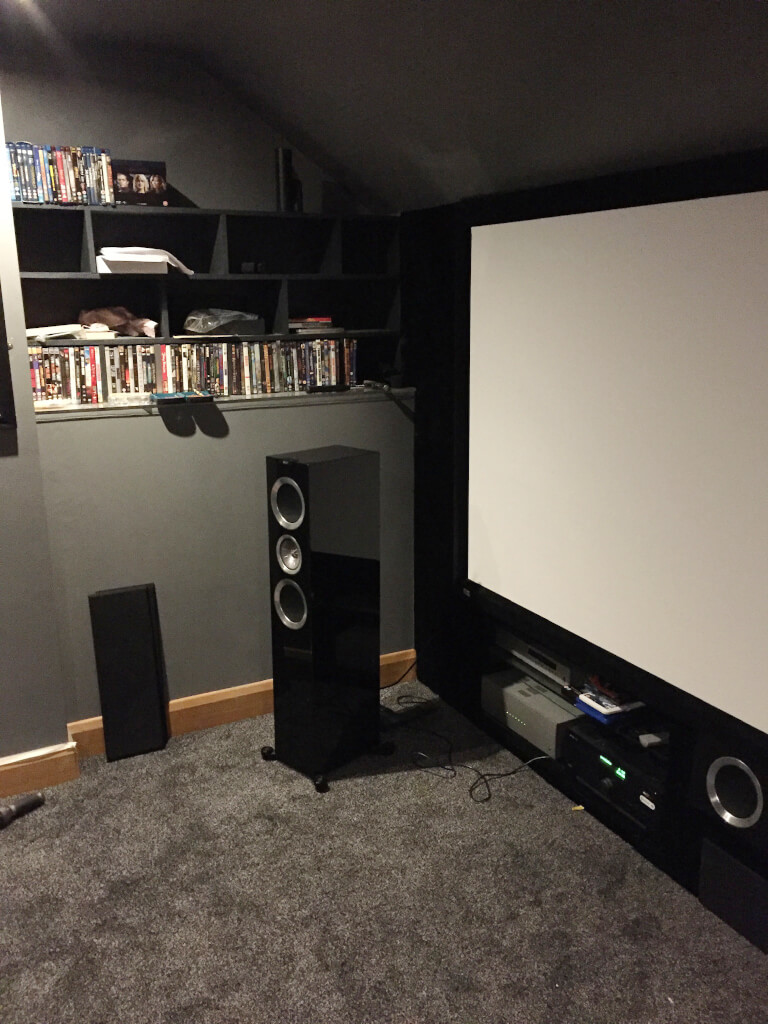 The big focus for the customer was the systems 2 channel music performance and that is where we started the calibration after taking a set of correct measurements.  Speaking about the measurements the customer was worried that we might have issues because the bass from the subwoofer would often cause issues for him using Dirac.  This is something I am very familiar with and know how to work around this. 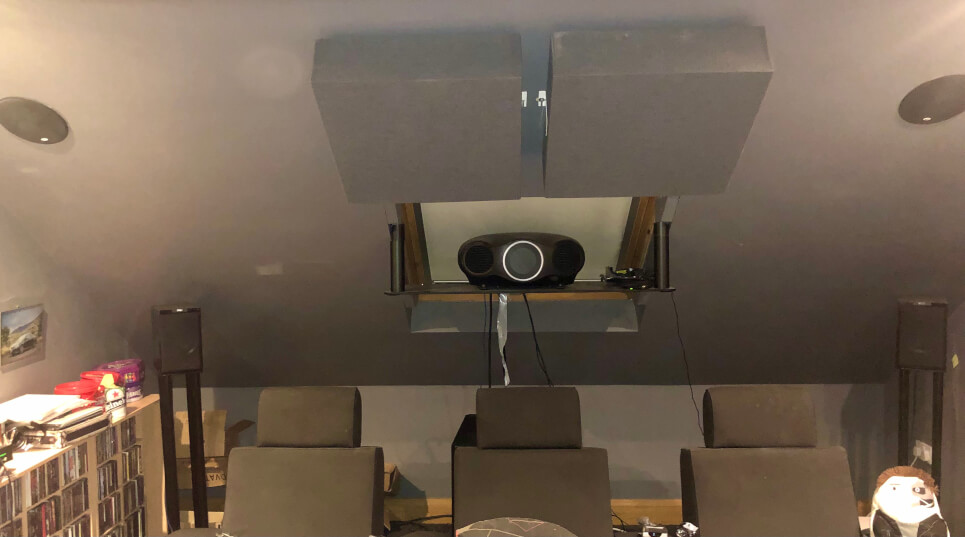 I have this system installed for approx. 4 years now and like most people I purchased the Arcam FMJ series of Home Theatre amps for their performance in movies as well as music.
With lockdown and the years of dip in form and output from Hollywood I have been using my setup more with 2 channel stereo usage.

It has been in the back of mind that I may not be getting the best from my system as effectively I have been using Dirac live with little at all customisation after it does its baseline magic on my room settings. A big issue I have always had during the measurement process, Dirac had problems in measuring the output from my Sub and this in my opinion was never configured properly in the Dirac curves.

I came across Terry’s Youtube channel as I was looking at other AV gear and I saw his video review about the AVR850 and thankfully Youtube had links to other videos associated with this video and there was Terry offering his services for Dirac calibration. After watching the video it was apparent that Terry had a good grasp of the concept and I thought it was worth getting in touch. A few message and email exchanges later we agreed that Terry would do the setup virtually due to the issues we are all facing at this time and it was going to be very difficult to use calibration as a reason to visit Northern Ireland!

Terry performed a full Dirac calibration on my AVR850 with the brief being to get the best out of my Kef R700’s for 2 channel usage and the Sub3 working in harmony with the remaining speakers in a home theatre capacity … simples really!

We started the session early in the morning in getting the measurements sorted and me getting around the room with the mic and taking instruction from Terry. It was easy done as Terry was patient and the rapport between us made it easy even we were 100’s of miles apart. I was a wee bit concerned that all this was being done online and Terry was potentially blind to any other issues in my set up or the room environment. We talked through the room environment and any particulars I may have done but none of this seemed to faze him; he just took to the task at hand remotely controlled my laptop and controlled what was going on with Dirac. The use of WhatsApp and the number of phone calls and watching him configure Dirac during the process worked extremely well, and I tried as much as possible to learn and understand what he was doing but there is a lot to take in and there definitely needs to be an understanding and appreciation of what the software and solution does. I hold my hands up that I need to do more homework in this area but balancing a work, home life as well as other hobbies do not facilitate this. Terry did respond to questions that I was asking but he is a dab hand at the process you don’t want to distract him too much.

Getting to a final result pretty much took up most of the day and this involved a lot of time listening to music I know really well before moving onto movies and feeding back to Terry as he then makes changes to the various target curves he sets up during the process. Terry takes his time in explaining what you need to look for and what changes you should expect to hear on each calibration he submits to the Arcam.

One of the areas I needed to spend a bit of time on was the sub integration and how Terry had got it working into my setup. It was instant that the settings that was made during initial configurations that the Sub3 was now integrating well within my setup. There certainly was less ‘violence’ in the room and a more controlled output. The sub was still giving the kick like before it was just more controlled and expectant. It still took a few adjustments on Dirac and then reviewing the settings on the Arcam. This took some time I have to admit not because Terry was working slowly, but because he allowed generous time for me to trial movies and then music to refine the setup to get the sound that I was looking for to be used for each use. He also gave me plenty of options to try out as we sought the best calibration – such as including or excluding the Sub3 for music. For movies I feel that Dirac has certainly helped in bass management and it was not the mess it previously was with the levels completely wrong and everything off balance and everything appearing in attack whereas now the LFE is way better integrated and cleaner for movies. I had not really considered the use of the sub in my 2 channel listening as the R700’s are a pretty good all-rounder in this regard but with the setup I now have the option to use which I never had before. Like everything it’s just a case of spending time with it and now knowing you have another option to integrate into your favourite tunes

The setup as I said was really not befitting of the equipment I had prior to the calibration especially when moving to the latest version of Dirac Live and going through the standard process – but after Terry’s work on Dirac and working my system has just provided a balance and a soundstage not heard before. The front left and right and centre speakers have come alive in movies – more focused. Terry has asked me over time to review the rear speakers as Dirac has a habit of lowering these in the mix so I am taking my time in tweaking the speaker levels on the amp to move these into the soundstage more.

I have no hesitation in recommending Terry’s service – especially if you are like me who bought the Arcam for its performance and have just ran the recent versions of Dirac to a fairly standard configuration; it certainly needs more of a deep dive than that and I urge you to consider this. Put it another way, there is simply not much point in having a V8 engine performing like a 4 pot in your car! You are simply doing your system (and your financial investment) an injustice in not properly tweaking it to meet your own expectations and work those pieces of anatomy that are at either side of your head!

Terry clearly knows his stuff with regards to Dirac and has no issues in spending time with you, is an easy guy to talk and work with and in the end of it all achieving great results even though I would have preferred him to be in the room with me! But that is somewhat a moot point as my expectations have been exceeded and that is something that you do not always find in the murky world of AV. Take it from me I like anyone else cannot tolerate BS but trust me when I say this is a service you should wholeheartedly take up if your system makes use of Dirac and you want the best from it. Since the update I have refrained from pursuing changes to my system and spending even more money on hardware I simply may not benefit from so It’s a no brainer from my point of view. Thanks Terry.