I calibrated Dirac Live within an Arcam AVR40 Processor for a customer with a really nice Dolby Atmos Home Cinema system Bowers & Wilkins N802 Speaker package with Chord Electronics Amplifier and HiFi equipment, JVC Projector and other toys.  Due to COVID 19 Lockdown restrictions in the UK this calibration had to be online based rather than site based. 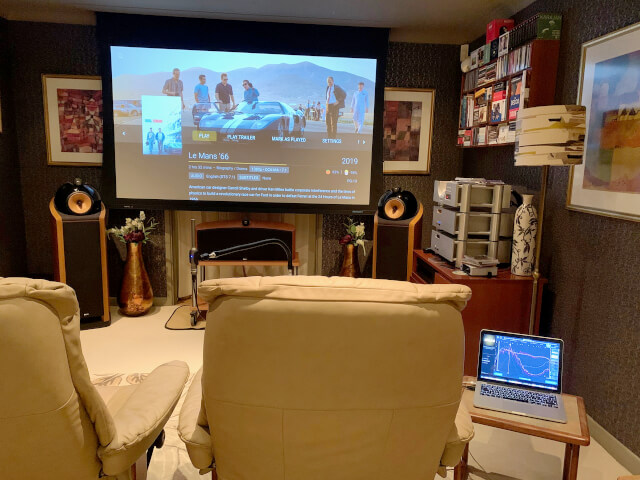 We started the calibration early in the morning as that was the best and quietest time for the customer to do the measurement process.  I worked through taking measurements and checking some important things along the way, while leaning about the system and its setup.

The customer listens to a lot of two channel music so I spent the first few hours concentrating on the systems HiFi sound and tailoring the Dirac target curve for the best sound to the customers preference. 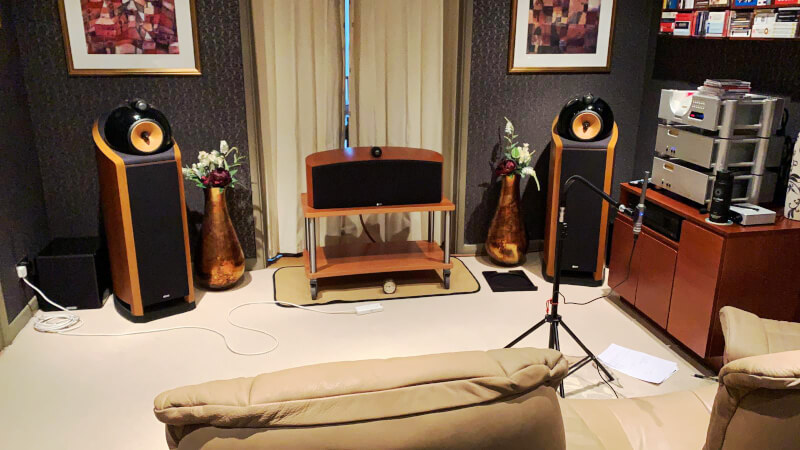 I used what I learned about the system for two channel and put that into setting the system up for Home Cinema sound, concentrating on the three subwoofers target curves, due to one of the subwoofers being different and also at the rear of the room with a a very different performance.  I talked the customer through the system balancing process and guided them through tweaking settings and setting levels to achieve a sound that perfectly suited them 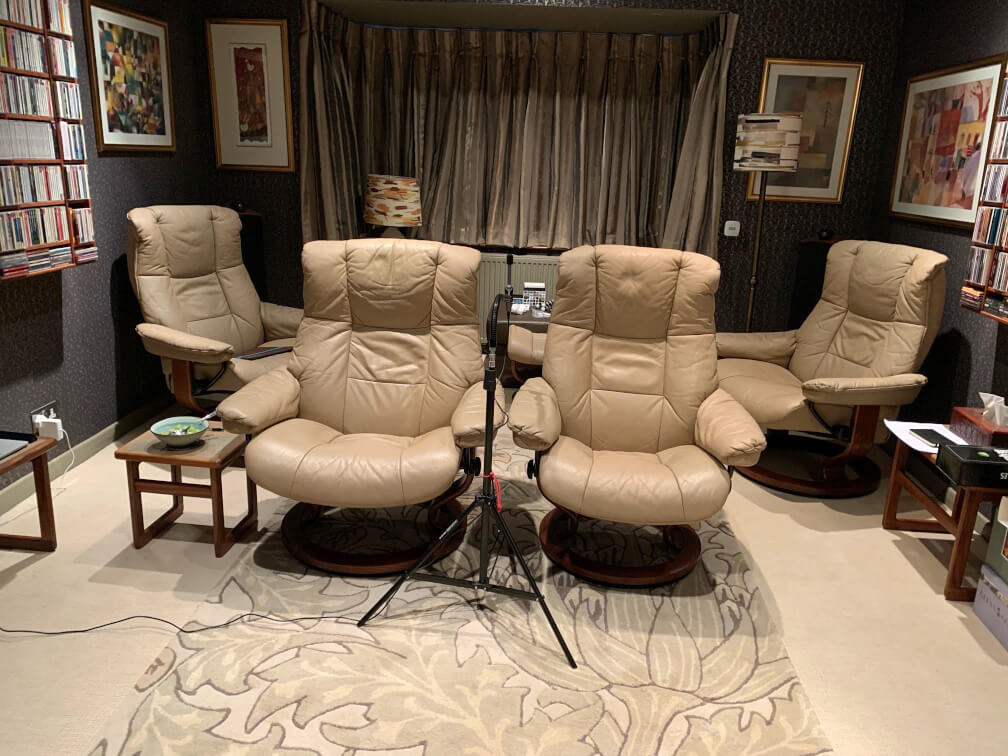 Terry performed a full Dirac calibration, helpfully starting early in the morning so we could get clean measurements avoiding any noise from passing traffic… Although it all had to be done online, this worked extremely well, with Terry being able to control both the Dirac and the AV40 configuration remotely as I watched and learned from him along the way. Getting to a final result took several hours – not because Terry was working slowly, but because he allowed generous time for me to trial music and movies and then refine the setup to get the sound that I was looking for, both for stereo music and surround sound movies.

Terry talked me through the measurement process, checking with photos that the microphone was correctly positioned for each measurement. He also gave me plenty of options to try out as we sought the best calibration – such as including or excluding the subwoofers for music and using ‘basic’ Dirac or including full bass management for the three subs. In the end, we settled on just using the N802s for music, as they have meaty bass anyway. For movies I felt that the full Dirac bass management helped the bass balance more seamlessly with the rest of the system – albeit with a lift in the subwoofer speaker levels to correct some ‘leanness’ from the Dirac filtering.

The setup was sounding pretty good already before the calibration – but after Terry’s tweaking I found the vocals to be clearer and less ‘ boomy’ (with Dirac correcting a 300-400Hz peak) and and the bass much better integrated and cleaner for movies – reassuring me that the AV40 had been a good choice in my last upgrade!

I can heartily recommend Terry’s service – he clearly knows his stuff and is a pleasure to work with, achieving great results even when it’s not possible to be ‘in the room’ to perform the calibration.’